The time on my friend's sports watch reads 02:00 am. the 200 adventurers taking on the 60km trek through the hilly trails overlooking Lake Bunyonyi, Kabale are attaching race numbers to their red, Muskathlon sports tops with assistance from the few spotlights that dimly light the start area.  Under the name and number is the phrase: Waves of Justice Worldwide. The purpose of the race is clear for all to see.

I'm taking part in the Muskathlon: the ultimate endurance event where people run, cycle or trek in a country where Compassion partners with local churches to release children from poverty. Throughout the week I have had the privilege of visiting local Compassion projects, hosting a sports day for the children and fully immersing myself in the gentle and generous culture.

I am travelling with a group of 20 from the UK.  As a team, we have seen friends and family sponsor 138 children! When you meet the children who are being supported through your own friends and family, you can relate to their situation so much more. No longer are they simply one less child living in extreme poverty, but a precious boy or girl made in the image of the one who also dreamt up my own life.

All the money we've raised is funding the building of much-needed classrooms at a Compassion project. Check out the before and after shots of the classrooms to see the difference the team have made! 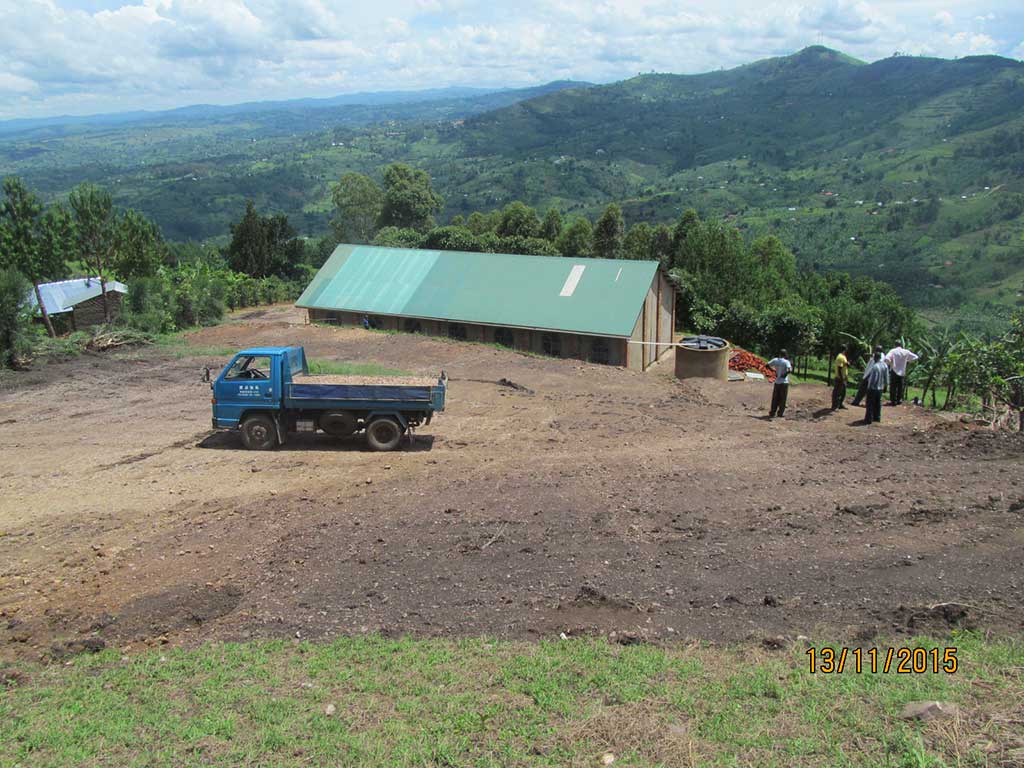 Before, 208 children were crammed into make-shift buildings. When it rained, the classrooms flooded. 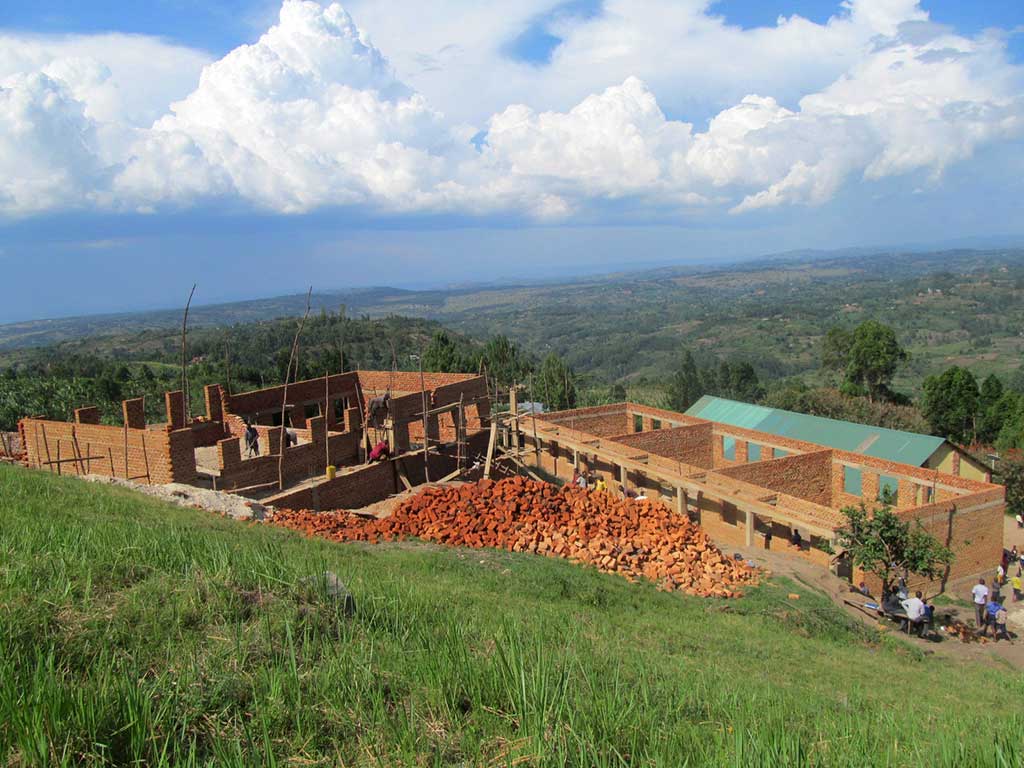 The building project is now well underway! The classrooms are set to be finished next January.

There are 800 local people joining the 200 participants from around the world who have travelled to Uganda for the week long adventure of physical and emotional challenges. With such large numbers, all aiming to see 10 children sponsored through their run, trek or cycle, I feel part of something bigger and now fully believe we can end extreme poverty in my lifetime!

The sports watch now reads 06:00 and the cyclists and runners are gathered at the same start line that accommodated our trekking friends four hours earlier. They will be way up in the hills which I can see before me, tickled by the rising sun.

Ahead of me is the 39mile (63km) ultra-marathon. There’s not many of us taking on the ultra; in fact, only six of the 1,000 participants have signed up for it.

The ultra-marathon is a long journey to go on, as has been my decision to tackle this incredible endurance feat.

A year ago, nearly to the day, I was stood under the same start banner, deep in the Maasai Mara, Kenya, about to take on the marathon distance. My decision to train for an ultra-marathon was birthed as soon as I finished that run in Kenya. I was completely spent and knew I had given my all. However, there’s a competitive spirit in me, a desire to go further and do more.

As I travelled round Uganda with like-minded people, I had a constant smile on my face as I knew that all my training at all hours of the day and the sacrifice of not hanging out with friends as much would pay off. During my training schedule, I became a father for the first time which meant I had to train late at night. My favourite memory was when I ran past a pub at 23:30 and someone shouted after me, ‘’who runs at this time?!’’

My decision to run the ultra-marathon is my response to the daily struggle that children in Uganda face. Running on their trails and roads was a personal declaration that "I am with you". I wanted to feel their pain, their suffering, their day to day.

For a day, I certainly suffered, and it was the deepest and most profound suffering I have ever been through. 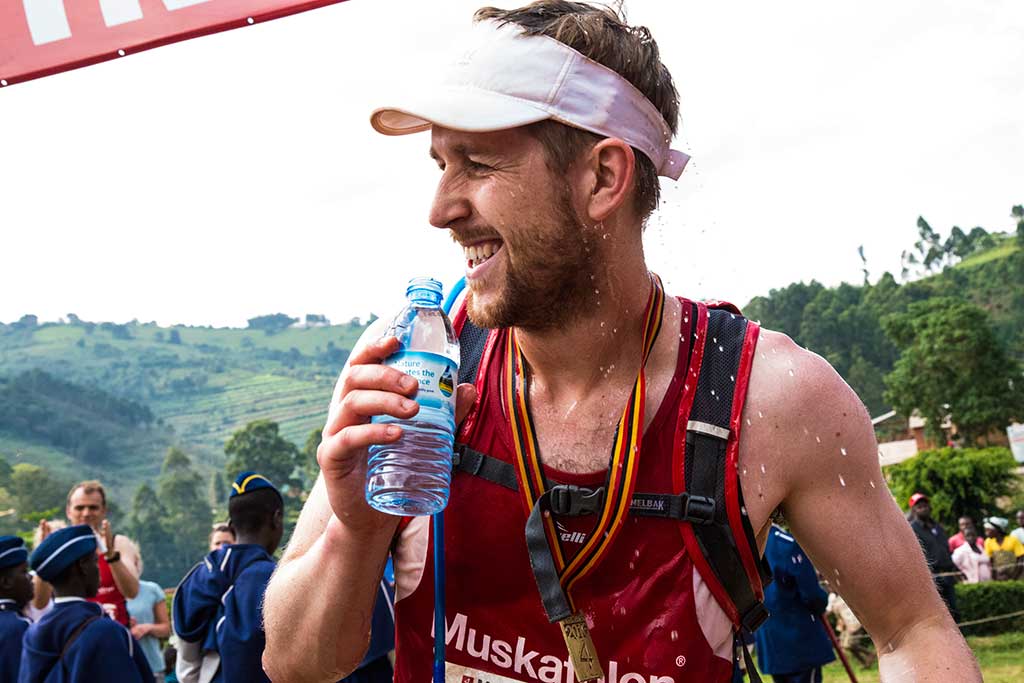 For 8 hours and 35 minutes, I ran (and walked, I’ll be honest) the 39 miles of dirt road lined with cheering and smiling locals. I now feel much closer to the children I was fundraising for and much less guilty for constantly talking about my challenge to friends.

Fast forward a few weeks and as I sit at my work desk, I have the race marker which reads 63: ULTRA RUN in full view. I am seeing my own achievements less and less in this marker and more and more, the reason behind my decision; a decision that has changed my life and that of the children I have found a sponsor for.

Join me on the next Muskathlon adventure