One mum’s journey to find God in her grief.

One mum’s journey to find God in her grief.

I'm sat opposite a woman who carries herself with immense dignity and purpose. Wife, farm labourer and heroic mum of seven; in so many ways, Rael exudes strength.

But, if you look carefully into her eyes, you can see traces of a fierce, relentless grief.  A grief that can only come from losing a child. 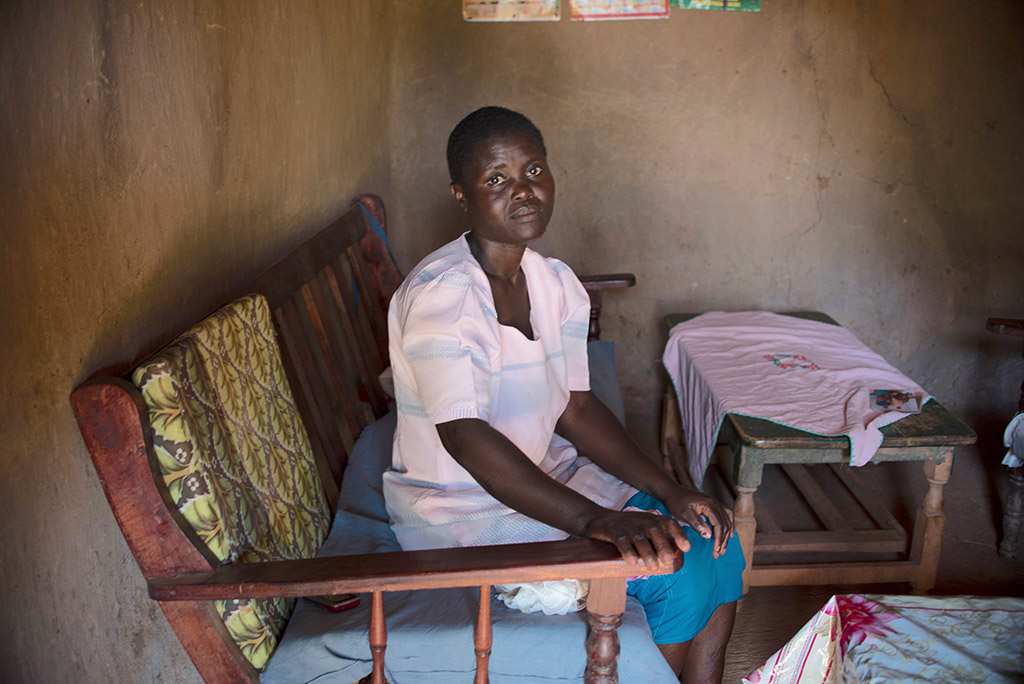 Over a decade ago, Rael sat in a hospital chair, crying out to God in desperation for her daughter, Totti.

"It all began when my eldest daughter started complaining of stomach pains," Rael says hesitantly as she begins to tell her story. "I took her to a local clinic where she was given pain medication, but her condition did not improve. When her stomach started to swell, we decided to take her to hospital for further tests."

The tests were conclusive. One word. Cancer.

Cancer: that word which makes time stop and reality fade. That word which has the power to produce immeasurable fear. Yet, when many of us have heard it from friends, relatives or perhaps even personally, it's followed by talk of treatment plans and medication. It's not a definitive. So often there is hope.

But imagine hearing "cancer" when you know you can barely afford professional treatment. When there's no clear way forward.

At this point, Rael moves abruptly from the upright wooden bench she's sitting on. It's difficult for me to understand how tough it is for her to share. Sensing her struggle, her husband, Samson joins in.

"It's an agonising feeling when your child is ailing, and all you can do is hope and pray for their wellbeing," he adds hesitantly. "It drains you financially and emotionally as well. You are at the hospital all day with one child, and then you come home to seven more children who have needs as well."

Rael and Samson fought tirelessly for their eldest daughter. They tried to get her help but tragically the diagnosis was too late.

"The numerous tests and hospital visits were very expensive," says Rael as she recovers her composure. "We sold all of our cows to pay for treatment but to no avail."

Battling through the claustrophobia of grief, bit by bit, Rael and Samson began to create a new normality for their children. The ache of grief was always constant, but they settled into a new rhythm of family life. They never expected they would have to hear the word cancer again.

But when their daughter Mackline reached her 12th birthday, she began experiencing stomach pains.

“Fear gripped my heart," describes Rael. "Cancer again. Another one of my daughters was sentenced to death, and there was nothing I could do about it! I was on the verge of giving up when I remembered the financial burden we had incurred trying to get treatment for Totti." 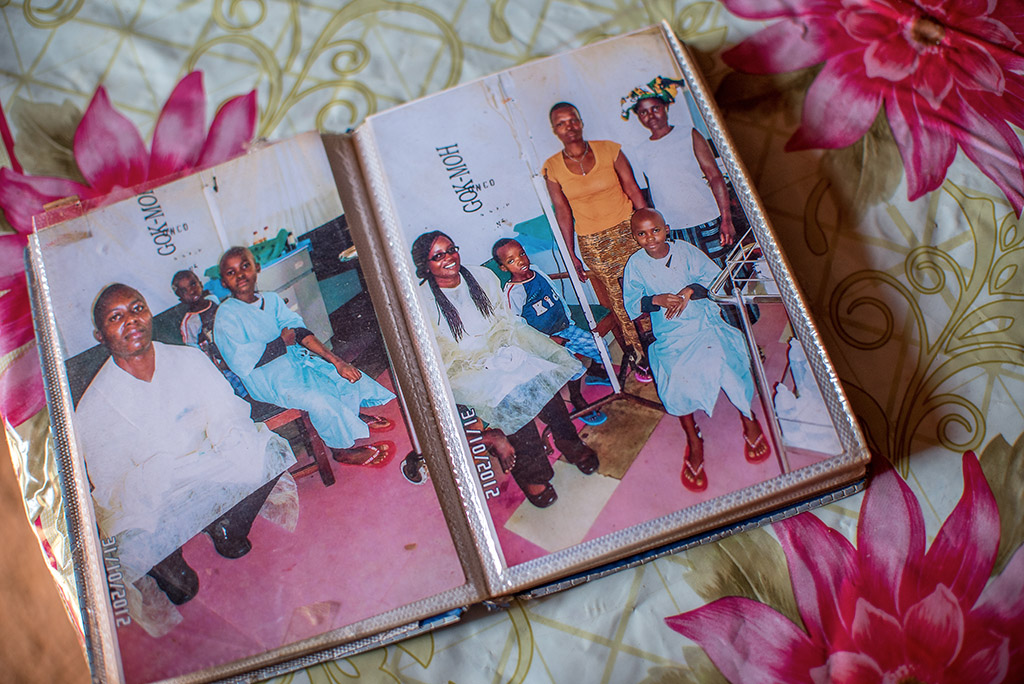 But this time, Rael and Samson didn't have to bear the burden alone. Since her sister's death, Mackline had been registered into the Compassion Sponsorship Programme run by the Anglican Church of Kenya.

“I tried my best to digest the diagnosis, but I could not wrap my head around the fact that my daughter had cancer of the liver,” Rael explains. “It was difficult to watch as my precious child transformed from a healthy, normal girl, to a sick, thin patient confined to a hospital bed, hooked to tubes. It felt like a bad dream. I was in shock.”

The team from Mackline's project and members from the church surrounded the family with love and support. They prayed, fasted, visited and encouraged. They wept alongside Rael, Sameson and their children.

“The project committed to assist her in any way possible to ensure that Mackline got all the necessary care and treatment,” project director Risper remembers.

"The child development workers at [the project] were relentless," adds Rael. "They showed immense dedication and ensured that all my daughter's needs were met. They even went the extra mile and even visited and prayed for us. They visited Mackline in hospital for the three months she was admitted. They counselled and encouraged us all."

Mackline bravely went through session upon session of chemotherapy. To the surprise of her doctors, she responded remarkably well. She quickly began to regain strength and her weight, hair and fingernails regrew. 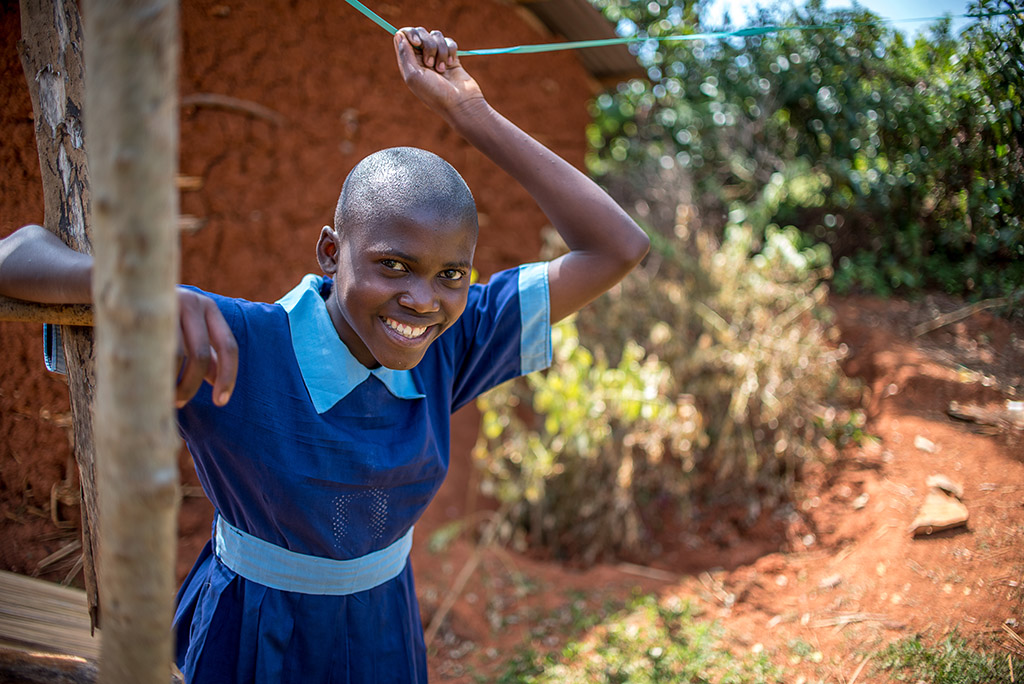 Mackline’s early diagnosis saved her life. Today's she's in fifth grade, studying hard and growing into a confident young woman. When you speak with her, it's clear she's been impacted by her experiences of cancer. For a 12-year-old, Mackline is astutely aware of the importance of access to medical treatment. 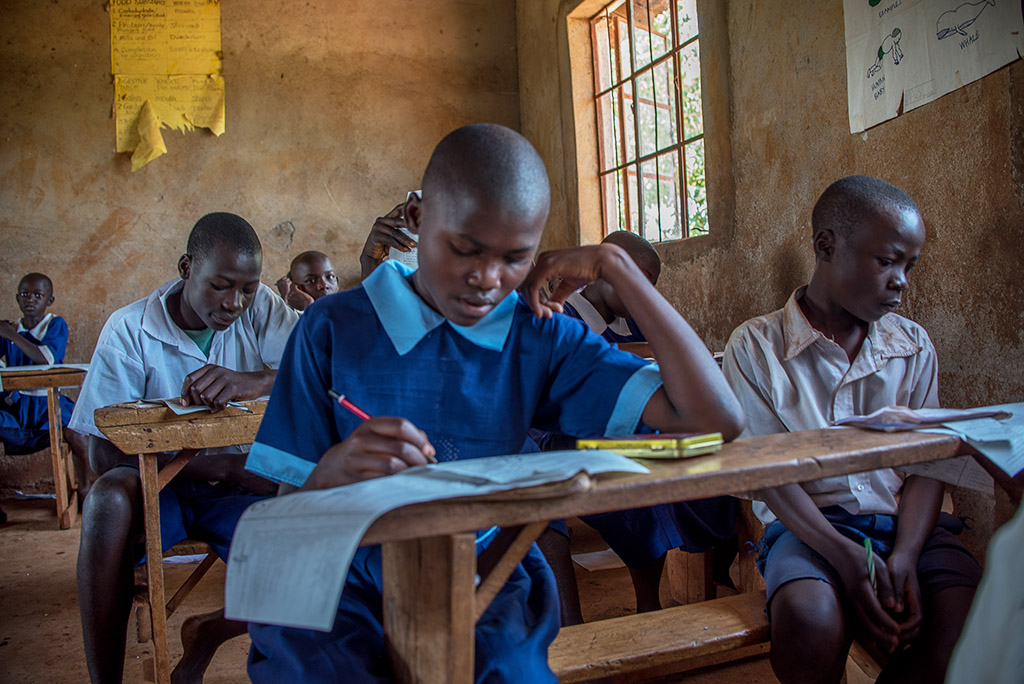 "I have been blessed to be a blessing," she comments with a smile. I want to become a doctor when I grow up so that I can also use my education and training to help people triumph over disease."