My sponsor kept me in school

“I want to be a lawyer to speak up for people who cannot speak for themselves.”

My sponsor kept me in school

“I want to be a lawyer to speak up for people who cannot speak for themselves.”

Home >Pray & Connect >Blog >My sponsor kept me in school

Meet Rosemary. She’s a beautiful, confident young woman with a bright future. But if you’d met her ten years ago, her eyes probably wouldn’t have met yours. She was a shy, timid girl on the verge of dropping out of school.

Rosemary was just three when her father passed away. A few years later, her mother remarried and moved to join her new husband, leaving Rosemary under the care of her grandmother, Millicent.

Although Millicent did her best to care for Rosemary, the small income she received from cleaning wasn’t sufficient for them both. Despite enrolling Rosemary in school, she couldn’t afford any essential school materials such as books, pencils and notebooks. Feeling left out, Rosemary’s self-esteem dropped and she began missing days of school.

Within a year a Compassion project opened at the local church. Rosemary was identified as a child who would most benefit from being in the programme and was among the first children registered. Straightaway Rosemary received everything she needed for school, including text books, stationery and a new school bag. She was also given nutritious meals, medical and dental check-ups, as well as household items like soap, toothpaste and a toothbrush. 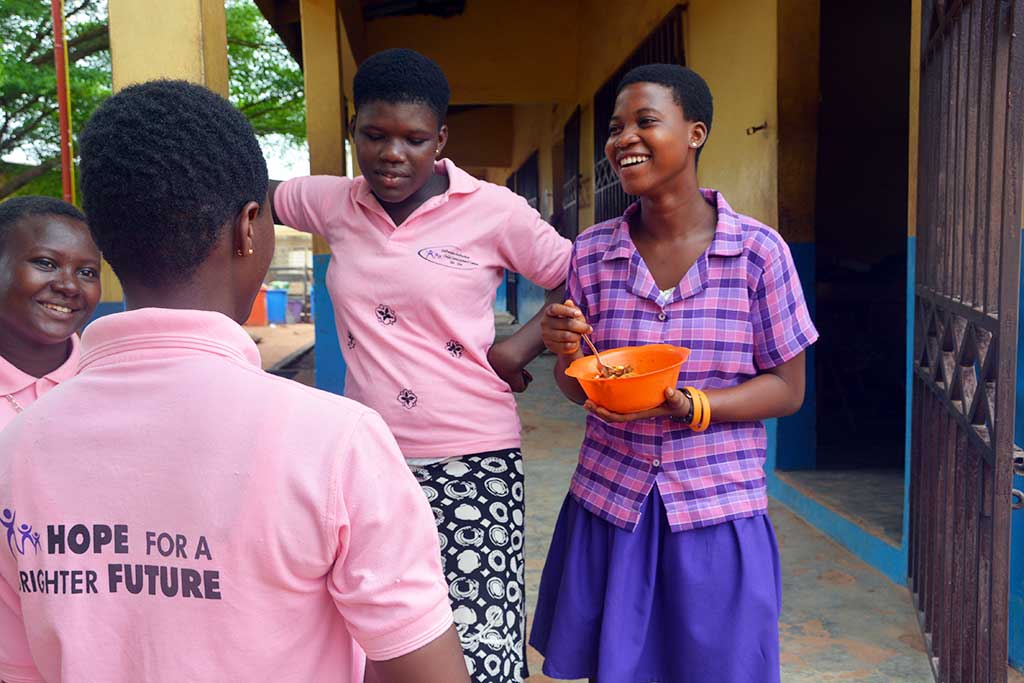 Just a few months later, Rosemary received the wonderful news she’s been sponsored. When I was told that I had a sponsor, I was happy, but I did not think much about it until he started writing to me. Then I knew it was real. His letters to me make me feel important and cared for. It’s overwhelming that somebody so far away who does not even know me cares about me. I thank God for him,” she says with a smile.

Rosemary’s confidence grew thanks to her sponsor’s words of encouragement. She became punctual at school, worked hard and excelled in class beyond expectations. She passed her primary school examinations with good grades and moved up to secondary school.

At the age of 12, Rosemary, like all Compassion-supported children, started to make plans for her future. It was during this time that a key event set Rosemary on the path to her future career. 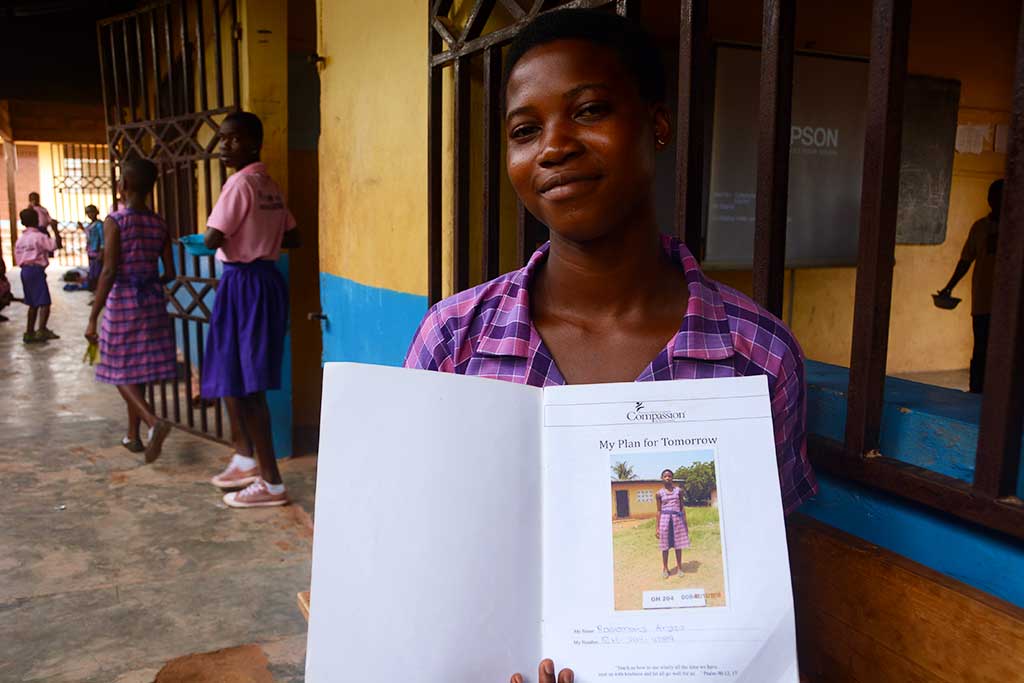 The father of her best friend passed away, causing a family argument over his property and possessions. His wife didn’t have the money to employ a lawyer so, when the dispute went to court, she lost the case and everything was taken away from her. “I was so surprised to know that people could be so apathetic towards their fellow human beings because of money,” says Rosemary.

This made Rosemary determined to follow a career in Law, “I want to become a lawyer so that I can help people, both men and women, who may have genuine cases but do not have enough money to pay lawyers to fight the cause for them. I want to speak for people who cannot speak for themselves.”

For her sponsor and staff at Rosemary’s project it’s a great joy to see how this shy, reserved girl has become a bold, assertive young women with a passion to speak up for others.

Rosemary is one child with a bright future because of one person’s decision to sponsor her.

Will you change the life of one child today?