The double-edged fight against poverty and cancer.

The double-edged fight against poverty and cancer.

HIV and AIDS, tuberculosis and malaria. I have to confess that if you say ‘poverty' to me, these are the health battles I think of. Malnutrition, respiratory and diarrhoel diseases yes. But not cancer.

Cancer is the disease that took my auntie away when I was 16. It's what the neighbour down my street is suffering from. It's the reason my church in suburban Surrey is currently fasting and praying for healing. I don't normally think of it as a challenge faced by the children in Compassion's programmes in developing countries. But it is.

The most recent statistics available show that out of the 7.6 million deaths attributed to cancer globally, 55% occurred in less developed regions of the world. And by 2030, it's predicted that 60-70% of the estimated 21.4 million new cancer cases per year will occur in developing countries.

When cancer strikes children in poverty, they not only face the fear we can all relate to when we hear the words "cancer diagnosis", they battle the fact that treatment is out of financial reach. Cancer medicines are too expensive. Even if you pay for treatment out of your own pocket, the nearest treatment centre is hours away.

I thank God that when I read prayer requests from children in Compassion's programmes battling cancer, they have a Compassion project and partner church to support them. I know that treatment opportunities will be open to them thanks to the resources Compassion has available from our generous supporters donating to Compassion's health response fund.

There's something about the prolonged suffering cancer causes that prompts me to wrestle with God and ask why. Unsurprisingly I don't have the answers. But I know that God is still at work. Let me share a testimony with you. 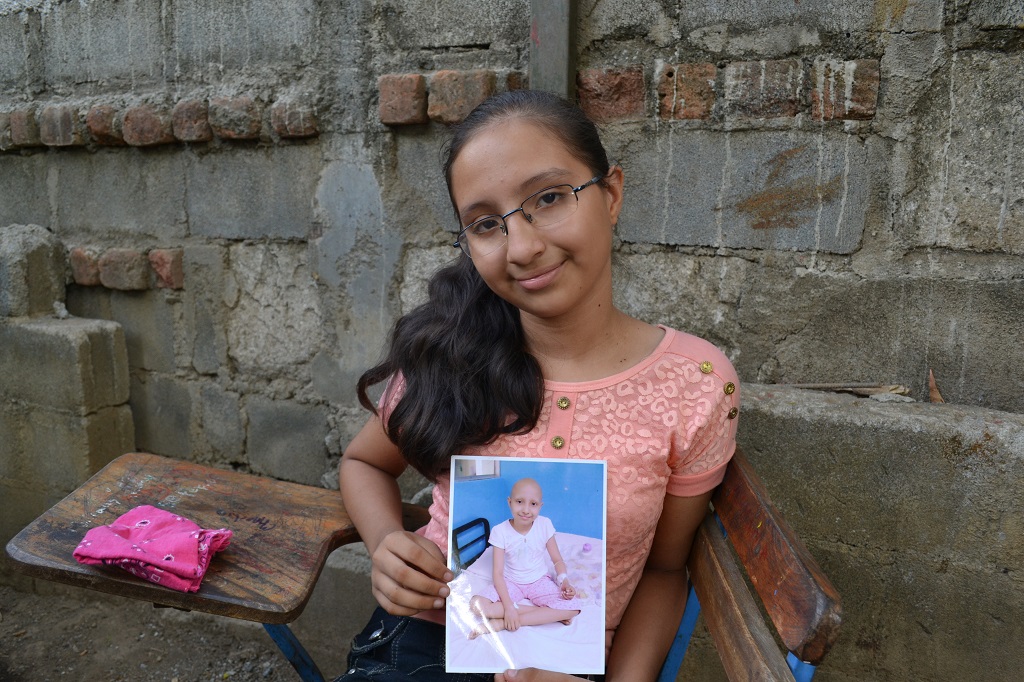 Francis was 7-years-old when she was diagnosed with cancer.

Meet Francis, a young girl from Nicaragua. Francis was diagnosed with routine kidney stones when she was 7-years-old. After months of treatment gave no improvement, she was eventually sent for an ultrasound which revealed a kidney tumour.

Francis was 7-years-old when she was diagnosed with cancer.

Francis' mum, Dámaris, shares the shock and pain she felt hearing the diagnosis. "The doctor's face was not encouraging," she remembers. "It was a very difficult moment. I wanted to cry. The most important support I had was the strength God gave me."

Francis was immediately transferred to the oncology section at the local children's hospital. She faced two operations which led to the removal of one of her kidneys and a long course of chemotherapy. "I felt terrible every time I had chemotherapy. It was as if they were burning my blood," she explains.

It was an extremely challenging time for the family. Francis' father even lost his job after spending so much time looking after his daughter and wife.

But as Dámaris testifies, "God's blessings came from everywhere, the project, my church and other churches around. I got on my knees anywhere in the hospital and cried out to God in mercy. I have no idea where I got the strength to fight in prayer for my daughter. I fought in the name of Jesus. I said, 'My daughter decides to stay here until the Lord decides to take her.' I believe doctors can do much and are a great tool, but I also believe in God's power.

It was hard but good things happened. My husband came to Christ through this situation and now we are all serving God together. I praise God and give Him the glory, because we need to learn to thank Him in the tribulation too, not only in the good times."

Francis' battle with cancer was long and challenging. She contracted dengue fever which made her even weaker. But after rounds of chemotherapy, the test results came back clear.

"I believe God healed her," says Dámaris. "The [Compassion] project supported physically and emotionally. They also provided medicine and milk that Francis needed. The staff members visited us at home. Their words strengthened me during that difficult time."

Now in remission, Francis has been given back her childhood. Reflecting on her illness, she gives God the glory. "With God's help and the doctors help, I no longer have cancer. I thank God. My sponsor tells me that I'm God's miracle and that He has me here for a purpose. I thank God for letting me live."

This World Cancer Day, join me in rejoicing in a testimony of overcoming cancer. Take a couple of minutes to pray for those close to you who are in the middle of their battles.