“I’ve been given a second chance, and I have to do something important before I die.”

“I’ve been given a second chance, and I have to do something important before I die.”

When Endalkachew Fekadu contracted a strain of drug-resistant tuberculosis 12 years ago, it was considered a death sentence by health professionals in his homeland of Ethiopia.

He was just 16, and remembers the day he was told the medication he’d received had failed to have any effect on the disease. “In my case, my TB was resistant to all five medications that were considered first-line drugs – the drugs that treat regular tuberculosis. It was so bad to hear. I was desperate for the next line of medications that could fix it, but at that time they weren’t available in Ethiopia – and even if you could get them it was so expensive, thousands of dollars. No one could afford it,” he recalls, sitting in his small office in Ethiopia’s capital, Addis Ababa. 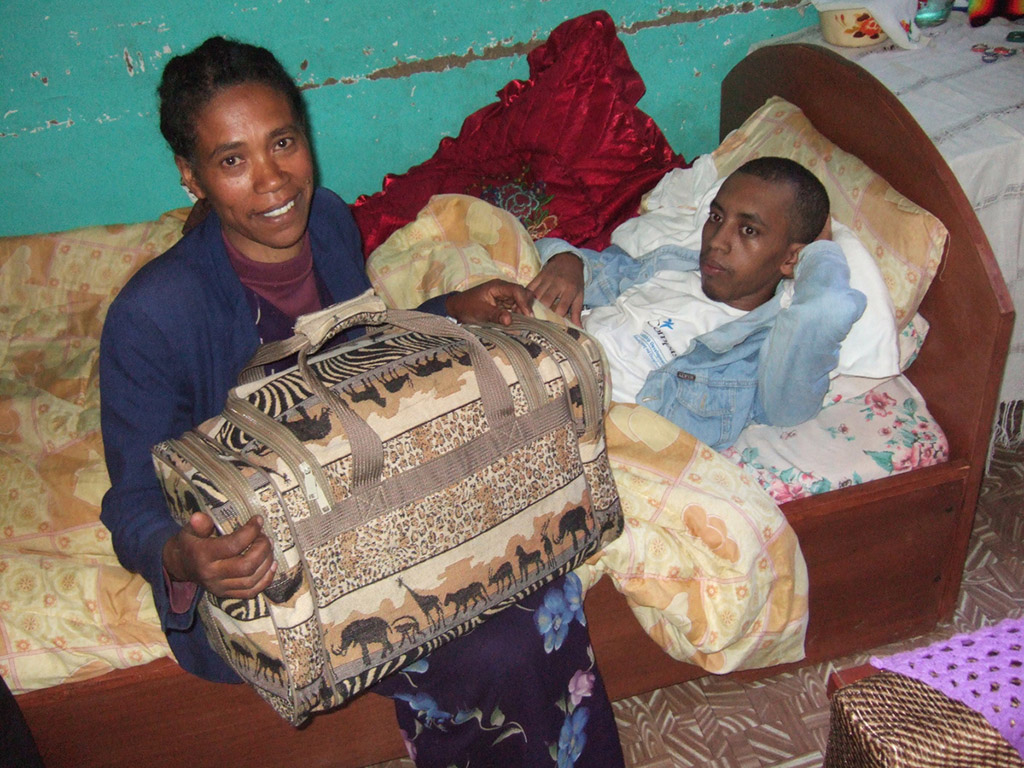 Endalkachew's mother at his bedside.

Multi-drug resistant, or MDR-TB, is on the rise in the developing world with more than a million people dying from it each year. Endalkachew was under no illusions when his symptoms appeared – he had seen them many times before in the village he grew up in. When the doctors told him his TB was resistant to the drugs available in Ethiopia he knew what this would mean for him. You see, by this time he was a student studying pharmacy at Jimma University.

But Endalkachew was not alone. Endalkachew had grown up with his widowed mother in a remote region of Ethiopia and at the age of seven, she had registered him with his local Compassion project. He went on to become one of the 30 per cent of children in his home region to complete High School, and with the support of his project, applied for and was accepted into the Leadership Development Project.

It meant that when he was told that nothing short of a miracle would save him, he knew that miracles were possible. "My only hope was Compassion. I knew that friends all over the world were praying for me, praying that I would be rescued from the mouth of death. I was determined that I would not let this disease end my life."

Endalkachew was quickly moved to Addis Ababa where he was put in the care of a tuberculosis specialist at St. Peter's Hospital. In just one month, his health began to improve and, over the next two years, he returned to full health and to his studies.

Today Endalkachew does not stand as one man saved by Compassion. He leads his own charity with other TB survivors. He’s a busy 28-year-old – a trained pharmacist, publisher of his own health magazine, and volunteer counsellor to people recovering from TB. His motivation is simple: “I’ve been given a second chance, and I have to do something important before I die.”

In the ten years since he received his life-saving treatment, Endalkachew says things have improved for MDR-TB patients. “Back then, even the government didn’t really recognise the presence or prevalence of this disease, so of course you didn’t have a chance of getting the medication you needed. Now, things are better,” he says. “Treatment is minimised to 18 months, and now you can get the medication for free. You have early diagnostic access too – it took three to four months to get an MDR-TB result at that time. Now you get your results sometimes within a day.”

Compassion enabled Endalkachew to overcome TB and now he is enabling many more to do just the same.