The girl who wasn’t meant to live

The girl who wasn’t meant to live

Five years ago, we gathered to pray over little Dharaniya. With her mother by her side, with tear-filled eyes, we prayed prayers of healing. The heavens were stormed with prayers and pleading. Today, our hearts overflow as we see that beautiful little girl walk through the doors of her church’s Compassion project.

Dharaniya joined our Child Survival Programme in 2010 when she was only 1-year-old. The programme had only just started in Sri Lanka. We remember vividly how her mother brought a tiny bundle forward for prayer on the inaugural evening. Wess Stafford, the then president of Compassion International, was visiting so he took time to pray.

Although doctors were not hopeful for Dharaniya’s future, we supported Mariyarani wherever we could through the Child Survival Programme. She never missed a lesson and she always brought Dharaniya with her.

“I learnt about the importance of helping Dharaniya survive,” explains Mariyarani. “I was taught how to make nutritious food in my own home. The sisters [the project manager and implementer] prayed for us each time they came. In the church, the activities taught me so much. The Child Survival Programme taught me what it really means to be a mother to my children. It gave me faith to look forward and be strong and believe that Dharaniya is in God’s hands, so that nothing will touch her.” 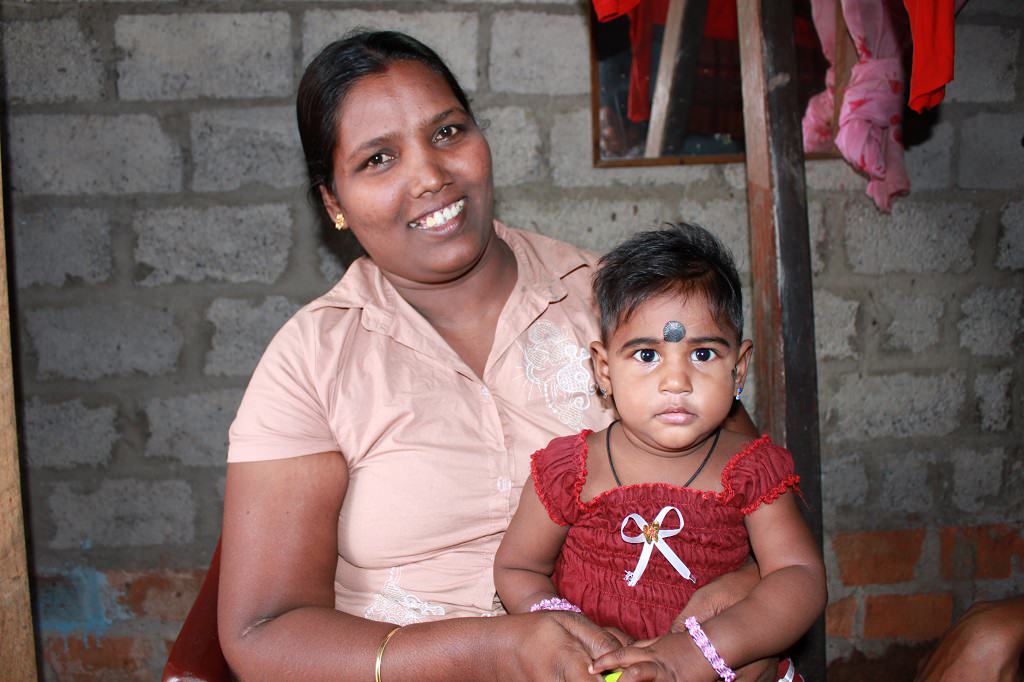 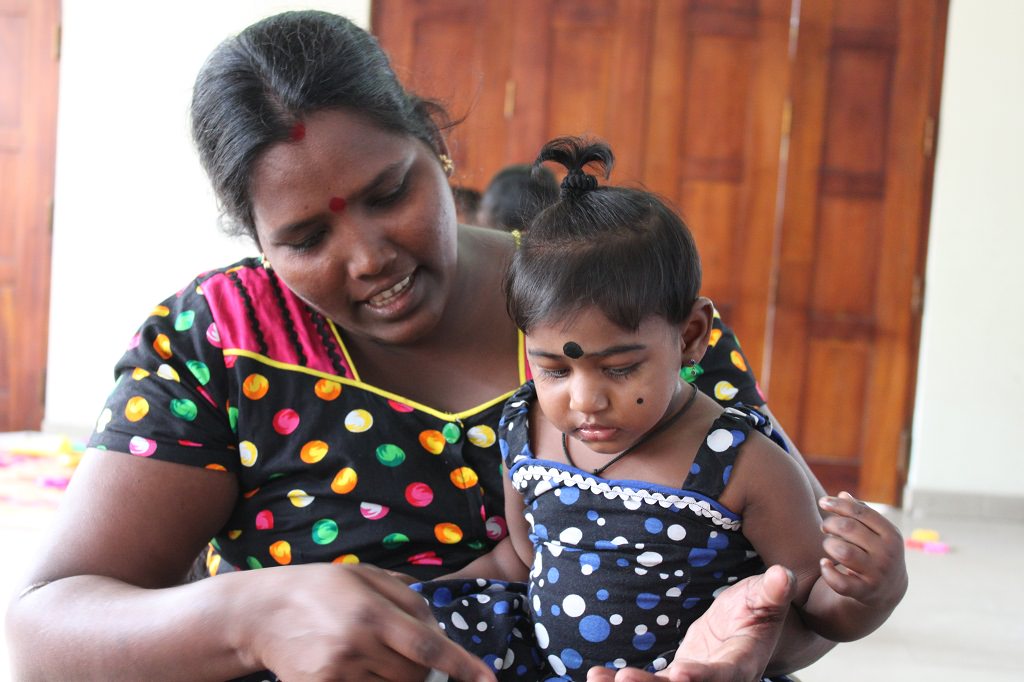 Dharaniya and Mariyarani taking part in a learning activity at the Child Survival project.

After joining the programme, Dharaniya began to show improvement. She started to walk: small, slow steps. She began to mimic words that her mother would say. She interacted with other children. We could see that things were getting better for her.

“At one point I was scared to bring Dharaniya to the project,” Mariyarani confesses. “Her head was smaller than the rest of her body and she was a little different. But the sisters [at the project] encouraged me. From the time I joined, no one has treated me or my little one differently. I have been treated with respect and my little one loved. Our journey through the Child Survival Programme has been truly one that has been blessed and it is nothing less than a miracle.”

This year Dharaniya celebrates her fifth year. She is a living miracle. She is also a testimony to heard and answered prayer. Now Dharaniya has graduated into Compassion’s Child Development Sponsorship Programme. She's a happy child who walks, runs and plays.

“Look at my little one,” Mariyarani says. “She is alive. God is good!” 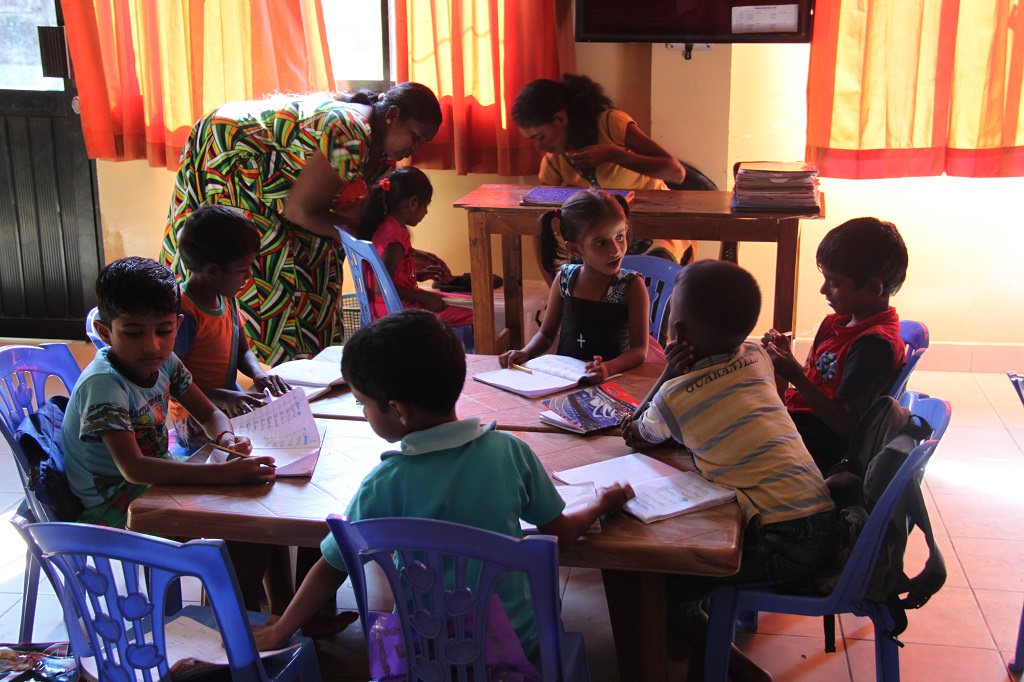 Now Dharaniya has graduated into the Compassion project. Staff are working closely alongside her to give her the help she needs.

Dharaniya needs special attention in the project classes but her friends treat her as one of them. “Dharaniya didn’t talk much before. She used to make sounds that sounded like words before”, explains Mariyarani. “But after joining the Compassion project class, she now speaks clear words. She knows the alphabet. She can count. She still cannot write though. I was told she will not do any of that. But my God is greater than the words of man.”

Dharaniya is a champion in the eyes of the local church and us at Compassion Sri Lanka. She has defied all odds and she is strong. She is a testimony to answered prayer. 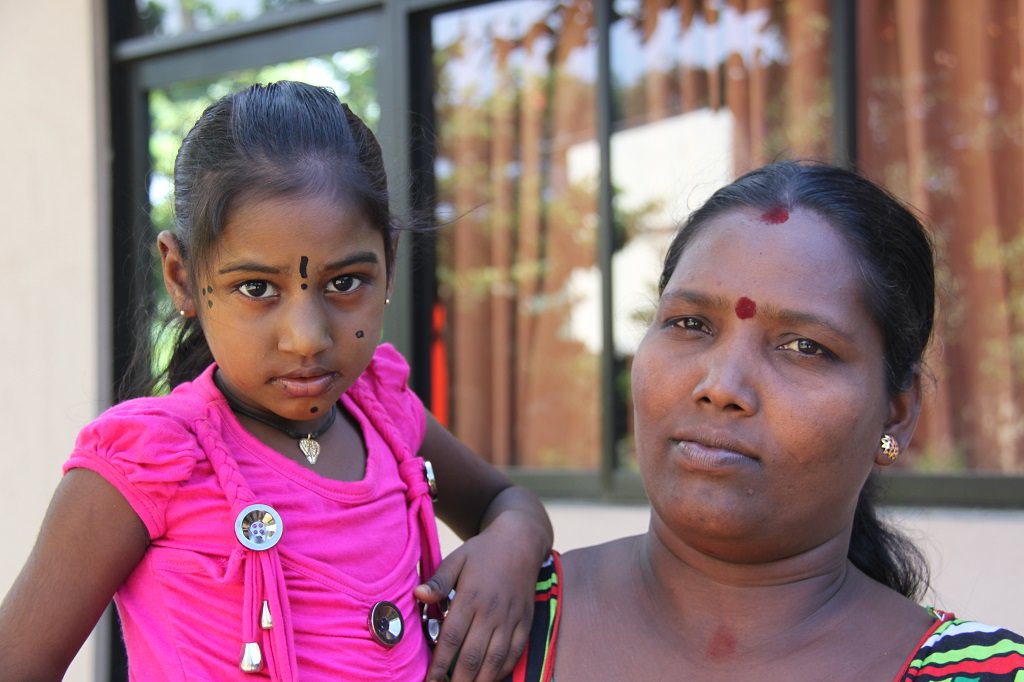 “The church gave me so much,” Mariyarani shares with a smile. “They took in a poor woman like me. They took in my sick child. They fed us, they clothed us, and they taught us. Today my family is richer beyond words. Not in material things, but in joy, love and hope.”