“My great-grandpa Mateo is the best person I have ever known. He has given me everything.”

“My great-grandpa Mateo is the best person I have ever known. He has given me everything.”

A hammock hangs amongst discarded appliances in a rough, dilapidated car park in Colombia. The open sides and dirt floor leave the 84-year-old night-watchman and his great grandson exposed and vulnerable to the elements.

The hammock belongs to 18-year-old Francisco who has grown up amongst the rust and graffiti of the carpark. Each night Francisco hangs his bed next to his great-grandfather Mateo who is employed as a guard. Well into his eighties, the long nights guarding the often empty carpark have taken their toll, but Mateo’s determination to provide for his great-grandson keep him going.

As dawn breaks, Francisco takes over from his great-grandfather so he can rest for a few hours. 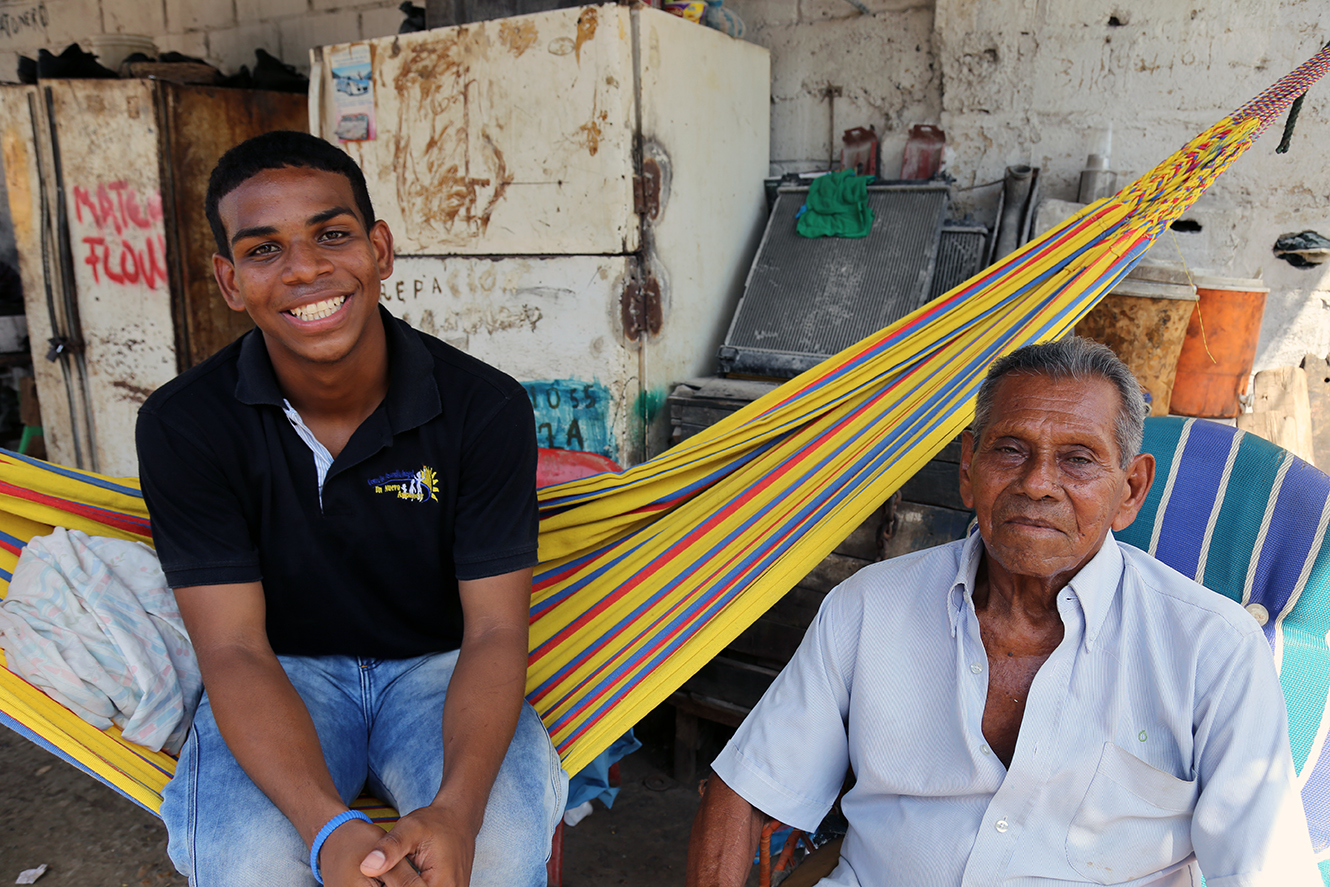 Life hasn’t always been this difficult. Up until his fourth birthday Francisco was living in a house with four generations of his family: his mother, father and two siblings, his grandfather and his great-grandpa Mateo. Then a knock at the door changed everything. Francisco’s father was arrested and imprisoned for drug dealing.

With his father gone, his mother also left taking Francisco’s younger siblings with her. Now in the care of Mateo, they lived with Francisco’s grandfather until he evicted Francisco through fear he would become a criminal like his father. Determined not to give up on his great-grandson, Mateo moved to the car park with Francisco.

A fridge for a wardrobe

In the car park Mateo keeps his clothes in an old disused refrigerator and Francisco has a metal cabinet for his clothes and other treasured belongings like his Bible and hammock. 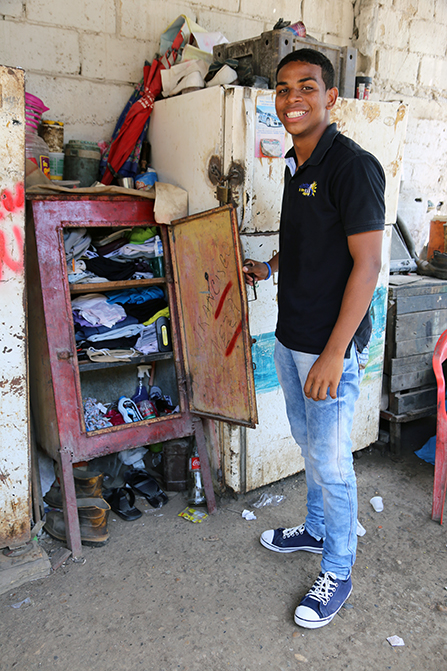 It hasn’t been easy for Mateo to provide for Francisco’s expenses, but he has done his best.

“I work in the car park, and sometimes there are some cars but other times there is just one. However, when Francisco needs something, I ask God and He helps me provide it for my child. I registered him in primary and secondary school, and the teachers congratulated him and me for his excellent performance,” says Mateo, the pride obvious in his voice.

Mateo has also had the support of the Compassion project which Francisco has been a part of since he was a young child.

“The project has been a great support for Francisco and me; they have supported him with transportation to study when I do not have money. Now, he wants to go to university and I will help him [and] I know he also has the support of the project.”

The decision to be different

“I live in the context of drugs and gangs, but I have never been interested in those things," says Francisco.

Now 18, he doesn’t only attend vocational classes at his Compassion project; he is also an assistant tutor and helps to run games and activities with the younger children. As 12-year-old Laura shares, “Francisco helps us with the alphabet soup and homework from school – we love him as an older brother.” 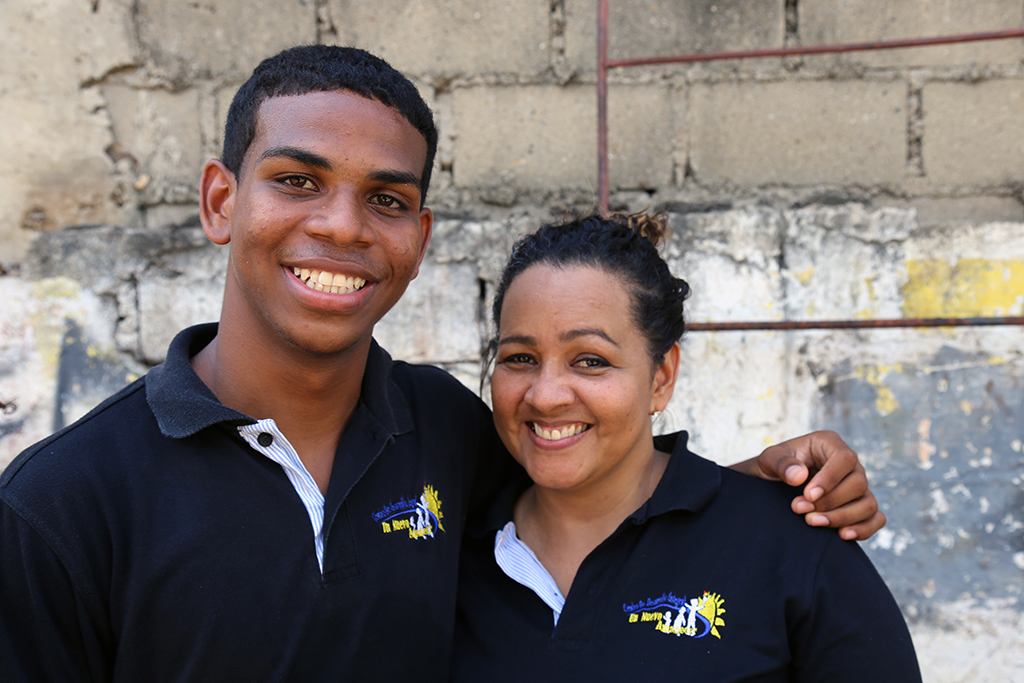 Enith, the project director feels the same way: “He’s obedient and helpful. His dream is to become an engineer, and we have motivated him because we want him to accomplish his goal. I tell the children to see him as an example, because, in spite of the bad behaviour of his father and the necessities he has gone without, his desire to be different and get ahead is admirable. At the project, we love Francisco.”

Several years ago, Francisco’s father was released from prison and now lives nearby. Despite growing up with stigma and discrimination due to the association with his father, Francisco has been able to find forgiveness. He is also back in contact with his mother and siblings, “My mother abandoned me, but I understand that she had to do it because she was alone and was not able to provide for three children; it would have been so hard for her.”

Francisco is applying to study Systems Engineering at University and wants to become a professional so he can support his family. He attributes his success to his great-grandfather: “My great-grandpa Mateo is the best person I have ever known. He has dedicated many years to me. He is kind and hard working - he has given me everything. Even though he never had the opportunity to study, he has always motivated me to study, to never give up, and to believe in my dreams.”