In the midst of tragedy: visiting Ethiopia 3 days after the rubbish landslide

A beacon of hope in the shadow of the dump.

In the midst of tragedy: visiting Ethiopia 3 days after the rubbish landslide

A beacon of hope in the shadow of the dump.

Home >Pray & Connect >Blog >In the midst of tragedy: visiting Ethiopia 3 days after the rubbish landslide

Koshe, meaning ‘dirt’ in Amharic slang, is the only landfill site in Addis Ababa, Ethiopia. It's an unofficial home to hundreds of families who are forced to scavenge through mountains of rubbish to collected recyclables. On Saturday, 11 March, the top of the dump split causing a devastating landslide that tragically claimed the lives of 170 people, including entire families. Three Compassion-supported children, four caregivers and seven siblings were amongst those who lost their lives.

Our Partnership Director, Tim Robertson, was in Addis Ababa with Net Church London days after the incident. He reflects on the resilience of the local church in the midst of tragedy.

From the hardest moment to standing on holy ground

As we travelled around Addis Ababa it was clear people were deeply shaken by the disaster at Koshe. Before our team arrived there’d been three days of official mourning and the site was still guarded by police to prevent onlookers.

The trip had originally been scheduled to go ahead several months before but instead we found ourselves heading to a Compassion project near Koshe a week after the disaster had taken place. Mekanisa Addis Kidan Child Development Centre sits on the outskirts of the landfill and serves many of the children and families who live and work on the site. This is also one of the projects NET Church has partnered faithfully with since 2013.

It was here I encountered one of the hardest moments as a trip leader. We received the news that Meseret, a little girl sponsored by a couple at NET Church had been tragically killed by the landslide alongside her father and two siblings. As we walked into the office of Sabat, the project director, pictures of Meseret and her father hung on the wall, alongside Bemnet another Compassion-supported child who’d also lost his life.

With his heart breaking, Sabat explained that just a month before Meseret’s father had got a new job and she’d written to her sponsor telling them how they were planning to move away from Koshe.

Another family had moved to the site the day before the accident which was becoming increasing common as families were pushed out of the city because of high rent costs. This entire family lost their lives in the landside.

But time and time again we see how the poor and vulnerable are left with no option but to live and work in such a hazardous environment. 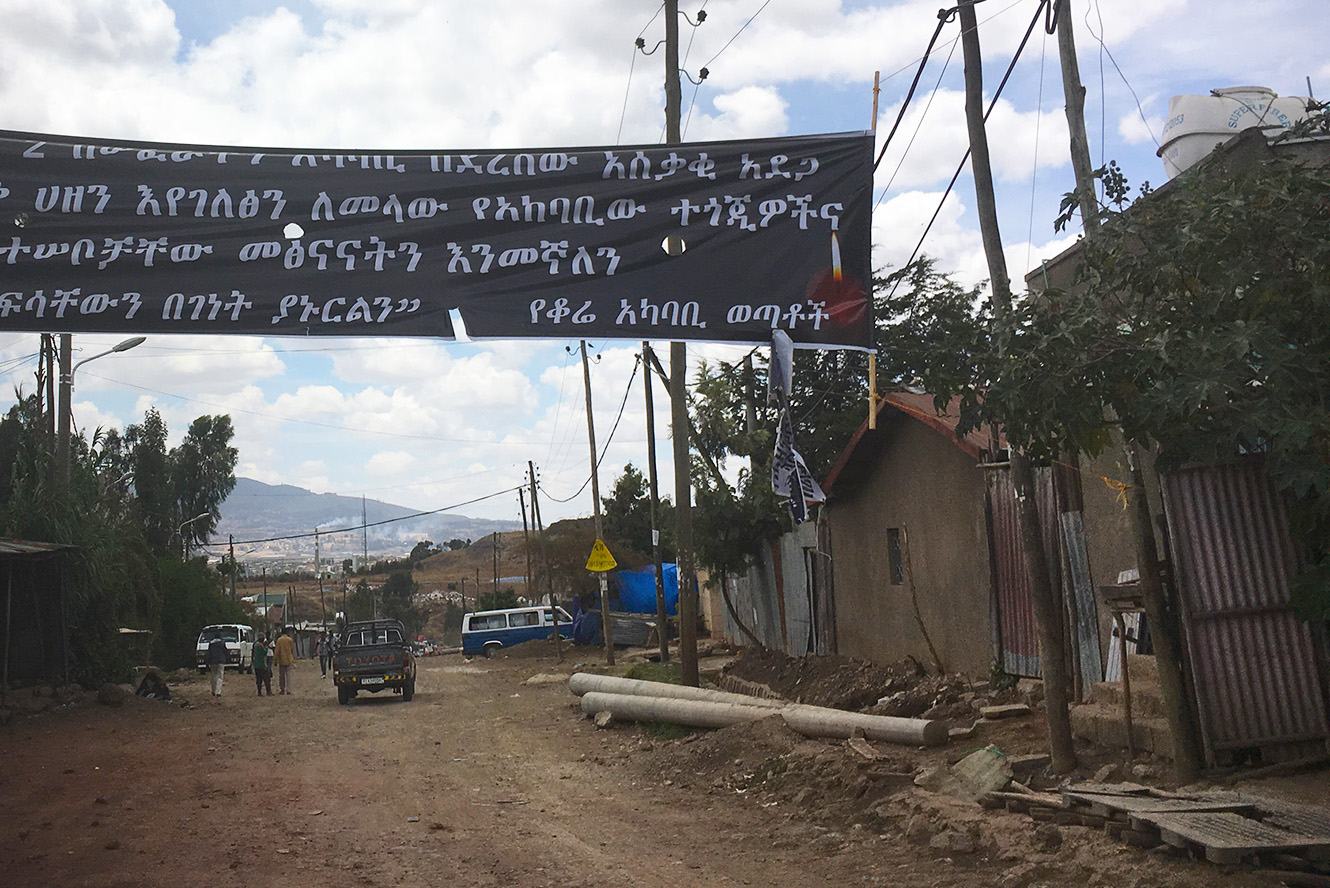 The deep grief and loss was further compounded by the injustice of these situations. It weighed heavily over Sabat and his staff.

I’m always blown away by our project staff who dedicate so much time and energy into the children and their families, but to be with them at a time like this showed me again their deep love and care for the children and families they serve. It was a privilege to gather round them and share the word of God, and to pray and lift them up. At that moment we felt like we were standing on holy ground.

A beacon of hope in the shadow of the dump

That’s the beauty of partnering with the local church – it’s making such a difference. For those like Meseret’s mum, who has lost her entire family, it’s hard to know how she’ll begin to process her grief. But the local church is gathering around her, not only providing for her needs physically but also mentally and spiritually. While we were only able to spend a few days with families like Meseret’s, it’s comforting to know the church and the Compassion project is there every day. When you combine this with the love and support of a dedicated UK partner church and a team of loving sponsors this creates a powerful network of global people, all engaged in supporting survivors in the community.

Sad as I am, I am also hope-filled. I’ve come away with a fresh determination to continue to fight and see children lifted out of poverty. Koshe is a horrible place. A place no child should live, let alone die in. And yet I take courage in a verse God gave me in Ethiopia from 1 Samuel 2:

“He raises the poor from the dust and lifts the needy from the ash heap; he seats them with princes and has them inherit a throne of honour. For the foundations of the earth are the LORD's; on them he has set the world.” 1 Samuel 2:8

At Compassion we live to see children released from poverty in Jesus name – we are so proud of those He lifts from the ash heap into positions of leadership and influence, however sometimes because of His incredible love, God lifts children straight to His side in heaven and sets them like princes beside His throne.