What difference can one person make? In a world where more than 400 million children are trapped in extreme poverty, one person can seem small. Insignificant. Powerless. But the reality is one person has the power to change lives. And that person is you.

When you sponsor a child in poverty, you literally change their life. That child can go on to change their family, their community and even their nation. Jane’ is one such child, an intelligent young man who was once sponsored through the Compassion programme. “I know the difference sponsorship makes, because it happened to me,” he says.

“I come from a slum community of 10,000 people who shared two toilets and one tap. Living in a slum, the outside world doesn’t really exist for you. As a young boy, I saw people starving, people suffering, people powerless to do anything to help themselves. People think that poverty is just lack of resources, material, food, it’s not just that. Poverty is the state of hopelessness, the state of powerlessness, it’s being scared to dream in life.”

“My sponsor completely transformed my life and, to be honest, it scares me to think what my life would have been, where I would have been, had he not chosen to sponsor me that day. I’ve never met my sponsor in person but he wrote me letters constantly, telling me that he loves me, he prays for me, he cares about me, asking me about my family. I used to do little paintings and sketches for him, and write back to him as well. Over the years we’ve developed this relationship which makes me feel very loved and special.”

Today, Jane’ is not only a Compassion graduate, he’s also a Compassion sponsor. He sponsors Sankritha, a little girl with a cheeky smile who lives in a slum made up of abandoned industrial drain pipes. 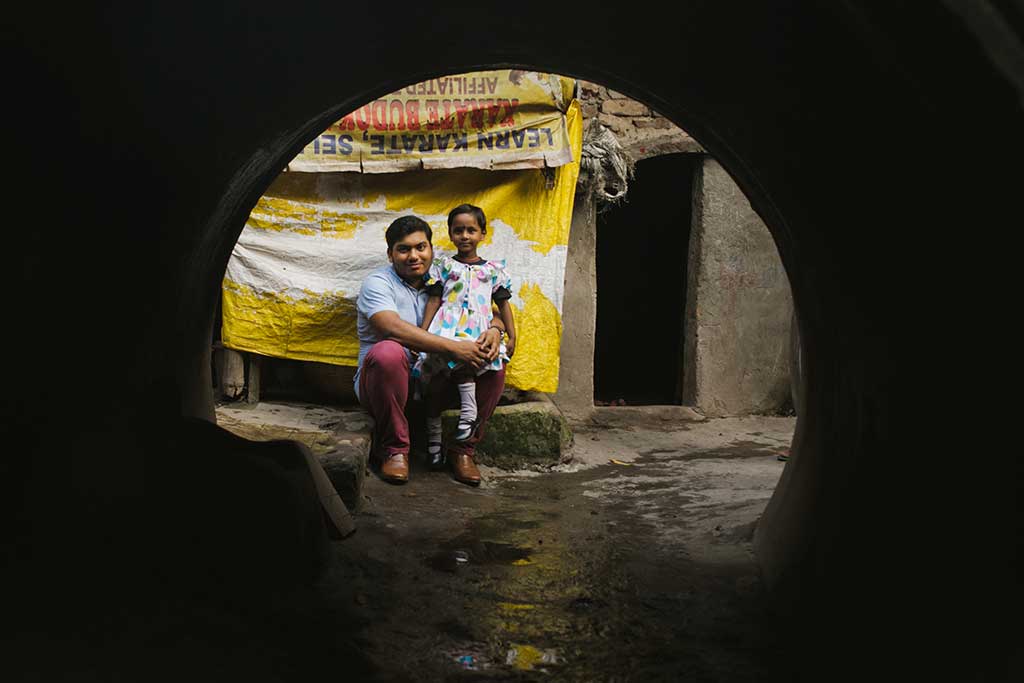 Now that she is sponsored, Sankritha is able to go to school and has a future filled with hope and possibilities. Her grandmother, Sonoka, says, “God has blessed us through Compassion; I don’t know how else to describe it more. You have been an answer to my prayer, thank you.”

We know that Compassion sponsorship works which is why we’re asking people just like you to step out this Compassion Sunday and speak on behalf of a child in poverty.